The French philosopher Gilles Deleuze once said: “There is no need to fear or hope, but only to look for new weapons.”

‘Weapons’ may give us the wrong associations, but what he refers to are concepts that, like a brick, can be used to destroy what is hindering the growth of our lives, and at the same time, help us build or create something sustainable. 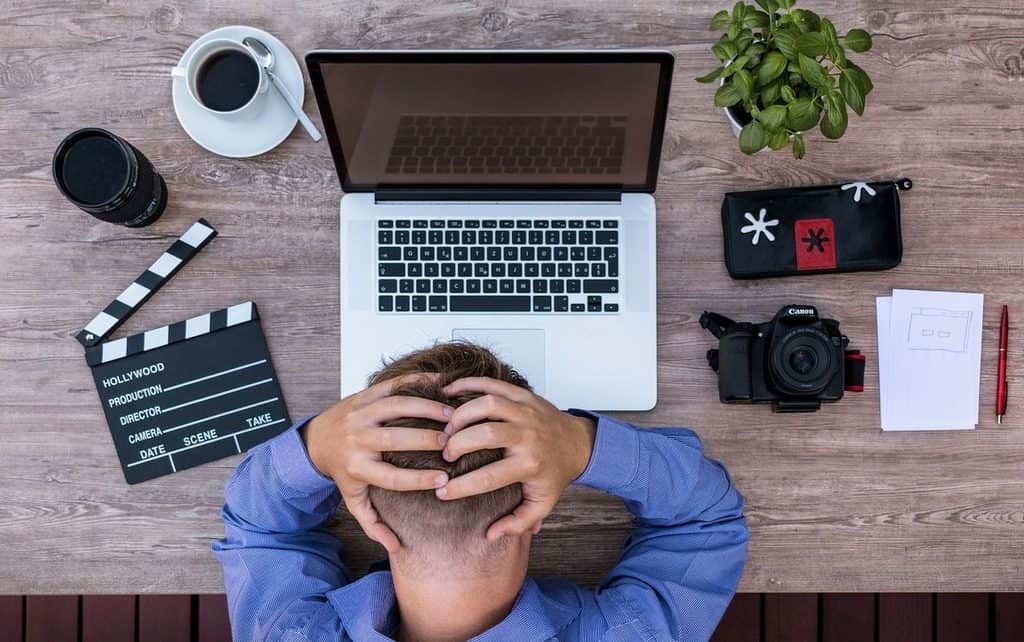 The Korean philosopher Byung-Chul Han’s work can be seen a toolbox aimed at helping us understand our contemporary society, while also presenting us with concrete ideas, thoughts or ‘weapons’ that might help us overcome or resist our own weak desires and vanities.

Han was born in Seoul, South Korea in 1959. He studied metallurgy in Korea before moving to Germany in his early twenties to study philosophy, German and theology. Today, Han is a professor at the University der Künste in Berlin. His initial fame sprang up with the publication of his book Mudigkeitsgelsselhaft (2010), which, directly translated, means ‘the fatigue society.’ In English, this was cleverly translated to The Burnout Society (2015).

Han’s thesis is that today’s neoliberalism has made politics psychological or mental. The logic of neoliberalism has invaded our minds. It’s our ability to be present in our lives, to think and to love that is threatened by this invasion. Neoliberalism—for many, at least—has become an uninvited guest that refuses to leave our minds.

Han declares, in all of his work, that we have become narcissistic. For this reason, it’s time for citizens to care more about society’s welfare than their own egos. “Responsibility for the community defines citizens. Consumers lack responsibility, above all,” Han writes in his 2018 book, In the Swarm: Digital Prospects. The result of this narcissistic development is well-known: stress, burnout and depression. “Depression is a narcissistic malady,” Han states in The Agony of Eros (2017).

Eros or love is the only thing that may conquer our contemporary depression. As Han writes, “Depression represents the impossibility of love.” 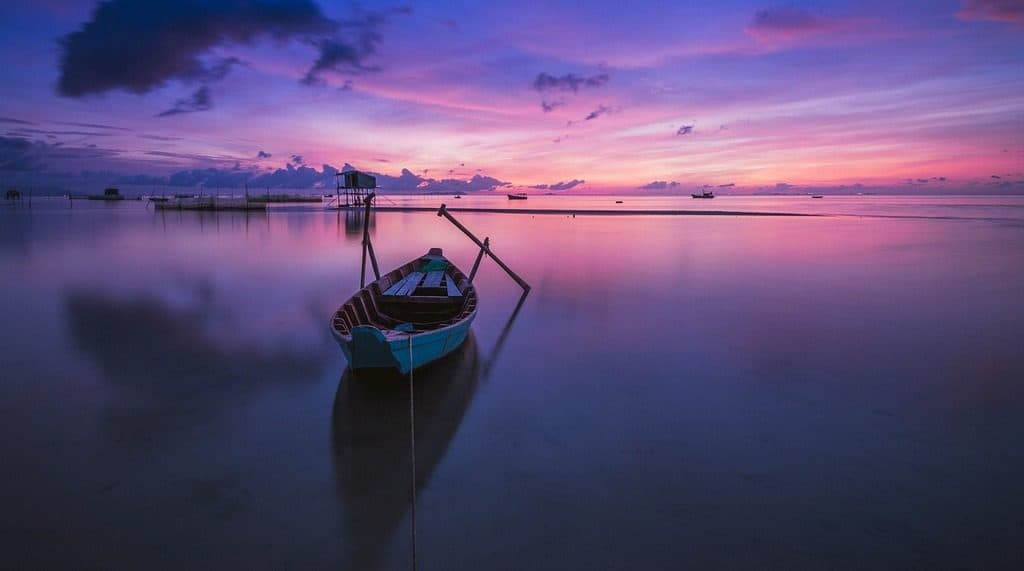 Still, it’s difficult to love, because we are not really free. It’s not just that society pressures us to fit in, perform faster and achieve more, but rather that we ourselves want this. We try to appear as positive, smooth and shiny in public as possible, as if our lives are all made up of ‘good vibes.’

In 2017’s Saving beauty, Han writes: “The smooth is the signature of the present time.” This kind of smoothness, he continues, “connects the sculptures of Jeff Koons, iPhones and Brazilian waxing.”

Our lives tend to circle around ourselves, making the circle smaller and smaller as we Google ourselves into unconsciousness.

Today, smoothness and waxed bodies, quite sadly, are seen as the same thing as beauty. The morale behind this is clear: Smooth, smoother, smoothest = good, better, best. All that is strange, secret, or negative—in other words, all that passes through our thoughts—disappears, due to the ongoing repetition of sameness.

We lack a critical yet creative and life-affirming approach to overcoming this confinement. When we avoid the negative, the difficult and the painful, we amputate life. Our lives tend to circle around ourselves, making the circle smaller and smaller as we Google ourselves into unconsciousness.

To contrast this shallow development, Han turns to the writings of Plato, Kant, Hegel and Heidegger, in which there is no distinction between beauty and the sublime. Experiencing sublime beauty is not supposed to be pleasurable; rather, it hurts. It makes you fall and stumble. It is similar to falling in love, because you can lose yourself and act rather stupid.

“The sight of beauty does not cause pleasure, but shocks,” Han stresses in Saving beauty. It’s the matter of experiencing our own fragility that contemporary society minimizes. Art can shake us, make us see the world differently and help us perceive our own limitedness and flaws. “The longing for beauty,” Han says, “is ultimately the longing for a different mode of being, for another, altogether non-violent form of life.”

The strength of Han’s analysis lies in how he uses two guiding concepts in all his books: freedom and power. They both encapsulate the problem with contemporary society and can also open us up to alternative ways of living our lives. 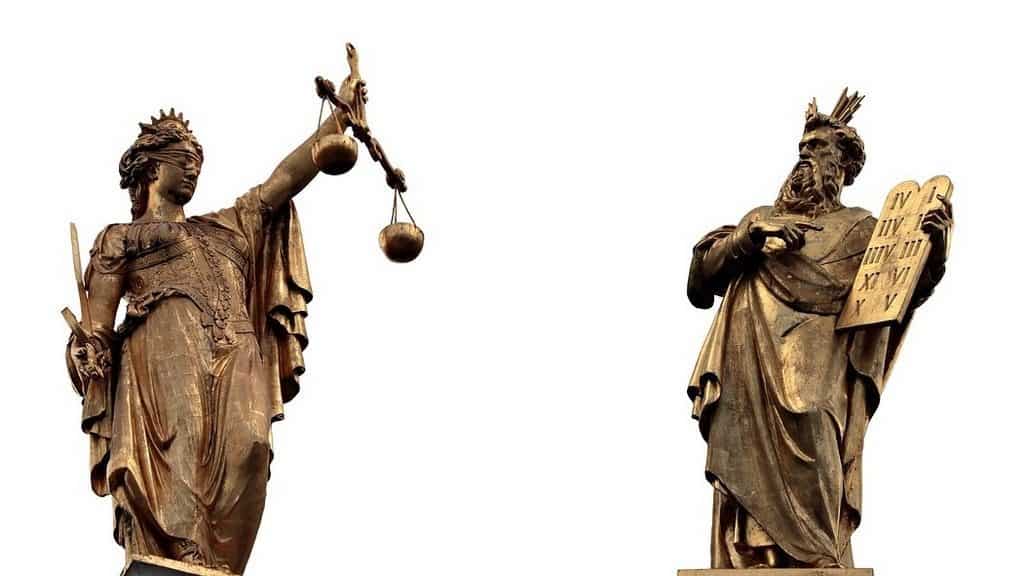 Freedom is both a problem and a possibility. It is becoming, emphasizing that we become by combining courage to stand up against dominating ideals and norms with the belief that things could be different. Freedom is found in becoming whatever disobeying those ideals enables us to become. Real freedom is socially anchored, and as Han says in Psychopolitics: Neoliberalism and New Technologies of Power (2017): “Freedom is a synonym for the community that succeeds.”

By making freedom social, he tries to relate it with truth. Perhaps this is where Han shows how courageous he is, by reintroducing the problematic concept of truth in philosophy. In Saving beauty, he speaks about the need to save beauty. Why? Because, as he writes: “Beauty promises freedom and reconciliation,” and “truth is freedom.”

In other words, a world of smoothness is false. It’s a world of ‘post-truth.’ For Han, the beautiful is both true and good; it’s almost as though the Korean philosopher is turning Platonic. And he is—at least in the way that the French philosopher Alain Badiou is Platonic.

In both Saving beauty and The Agony of Eros, Han ends up advocating for Badiou’s idea that the task of philosophy is to be loyal or faithful towards whatever binds us together (what is true, in other words). Han distinguishes himself from Badiou when he more practically shows why or how we can show fidelity to what really takes place in our lives.

Fidelity is unconditional in that it presupposes commitment and awareness. That means we should try to become capable of matching all parts of life, instead of just doing so when life is pleasurable and smooth.

“The saving of beauty is the saving of that which commits us.” This loyal commitment or involvement is related to the kind of awareness that mindfulness cultivates, as a non-judgmental and kind approach to what is happening now and here.

Without humour, no freedom. Without freedom, no love. 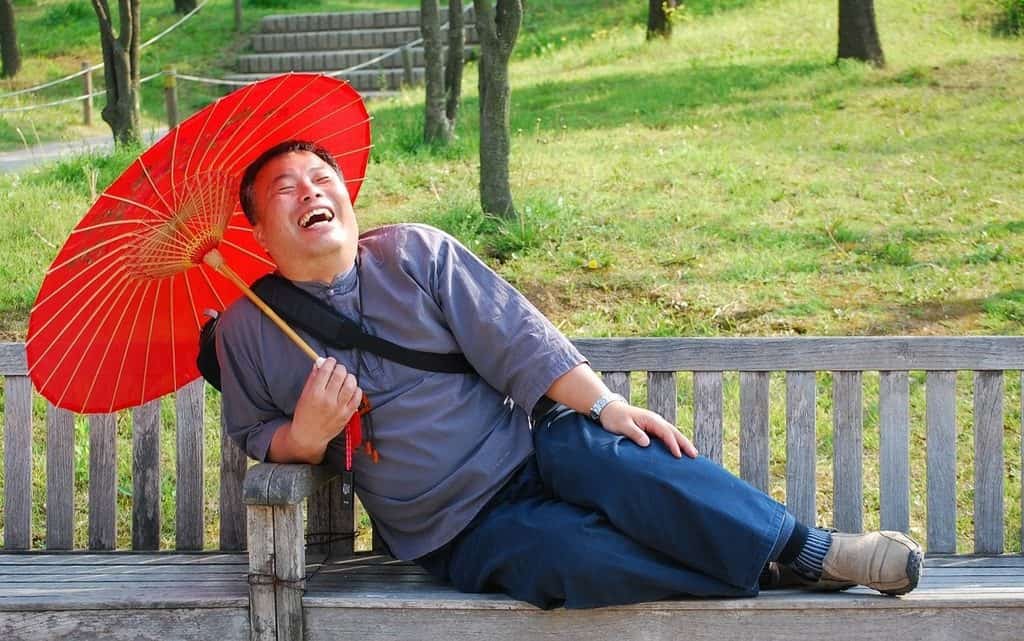 Han also uses his Eastern roots in his philosophical thinking. Back in 2002, when he was still an unknown, he published a book called The Philosophy of Zen-Buddhism.

In this book, he illustrates that the Buddhist concept of ‘nothingness’—as the absence of an exclusive subjectivity—is what makes Buddhism pacifistic and non-violent, because there is no essence where power can be concentrated. Also, the concept of ‘emptiness’ is the reason why narcissism is something very un-Buddhist. There is no unchangeable ‘me’ in the mirror; rather, I am being formed by life.

The Korean thinker also illustrates that humour is something that links Western and Eastern philosophy. Nietzsche, for example, claimed that laughing was an expression of freedom. The Danish philosopher Søren Kierkegaard once said that “freedom is the element of love,” so it follows that without humour, there’s no freedom, and without freedom, there’s no love. Or to put it differently, it’s difficult to love people who never laugh, or take themselves too seriously.

In Buddhism, Han writes, there is no miracle, only hard daily work: Letting go of the past and not transcending or dreaming of a world beyond this one. He compares Buddhism with walking. Walking has no future, as you’re always in the midst of walking. To die means to walk, he says, emphasizing that we are always dying. Similarly, Michel de Montaigne said that to philosophize is to die.

‘Dying’ means always walking, philosophizing, exploring and experimenting with life, not as a way of meeting a specific objective, but as a way of being grounded in the here and now. Western and Eastern philosophy, I believe, share this humble approach to life. We never philosophize or meditate to conquer the world, but to praise its beauty.

Listening as an art of breathing 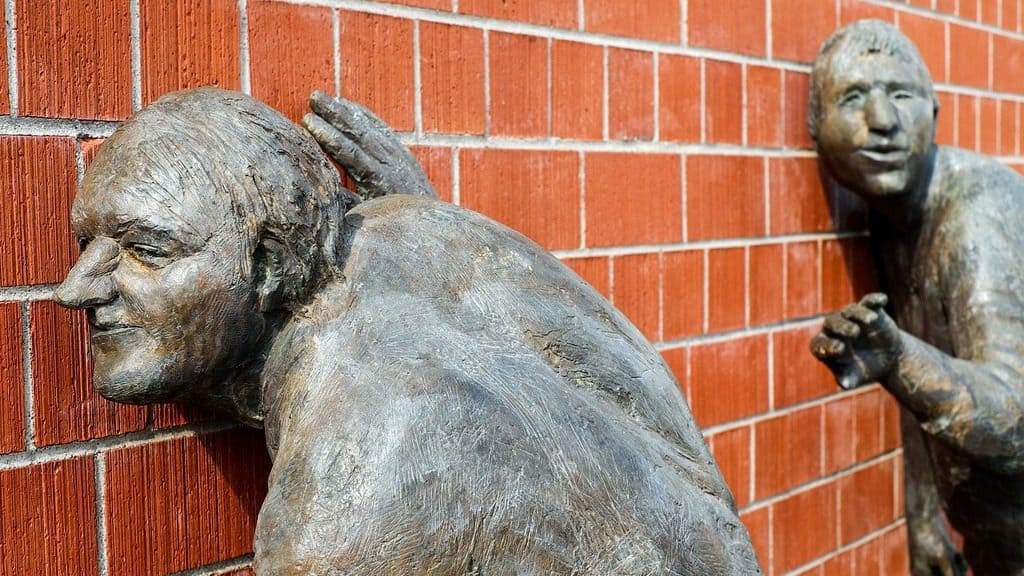 Many Eastern ideas are reflected in Han’s suggestions for how to overcome today’s stress, burnout, exhaustion and ever-growing narcissism. For instance, in The Burnout Society, he encourages us to stop, sit down and take a break. Philosophy is here defined as ‘an intervening time,’ ‘a time of ‘non-doing,’ ‘a peace time,’ as he calls it.

To be creative, a person needs to stop and allow themselves to be formed or touched by what is happening as it happens, in the here and now.

The concept of ‘non-doing’ resembles elements of Buddhism and mindfulness in that it stresses that we don’t need to be doing things constantly, Rather, non-doing allows things to unfold at their own pace.

Similarly, in The Transparency Society (2015), Han proposes that although we are forced or coerced into participating in an ongoing style of positive communication—declaring, “I like,” over and over, again and again—we don’t have to like everything. It’s not more communication that is needed, but creative or alternative approaches to living a richer life. To be creative, a person needs to stop and allow themselves to be formed or touched by what is happening as it happens, in the here and now, without judging it according to some predefined ideal.

A last example is provided in Psychopolitics, in which Han he reawakens the ‘philosophical idiot’ as a way out of today’s malady. The idiot doesn’t belong to a specific network or alliances, so he or she is free to choose. The idiot doesn’t communicate; instead, he or she facilitates a space of silence and loneliness, where they only say what deserves to be said. The idiot listens, as a generous way of stepping aside to give room to the others.

“The art of listening takes place as an art of breathing,” Han writes in The Expulsion of the Other: Society, Perception and Communication Today (2018).

Han’s work is accessible for non-philosophers, and is a good guide to understanding and navigating oneself through today’s demanding, achievement-based society. He encourages us to Relax. Do nothing. Become no one. See time as something peaceful.

Time passes, whether we want it or not. Then it returns and changes everything. Let go. Listen. Embrace moments of non-communication. And breathe.